B.C.'s government is planning to reveal individuals behind property-owning shell companies and trusts through a publicly accessible registry in an effort to prevent money laundering through real estate purchases and ensure taxes are being paid correctly.

The NDP government, who had set their 30-point housing plan in motion earlier this year, wants to establish the registry across the province which will reveal "true ownership" of all real estate. The accessibility to the public will “help give tax auditors, law enforcement agencies and federal and provincial regulators the information they need to conduct their investigations,” said the government.

Finance Minister Carole James in a media statement mentions the reputation that British Columbia has developed for real estate investors as a province where it's easy to hide wealth by anonymously investing by hiding behind numbered companies.

“Ending this type of hidden ownership in real estate will help us fight tax evasion, tax fraud and money laundering. Our goal is to return fairness to the housing market.”, James says in her statement.

Along with the registry, which would be the first of its kind in Canada, the provincial government is working towards other aspects of the 30-point Housing Plan that aim to tackle tax evasion and close real estate loopholes include a proposal to track pre-sale condo contract assignments, otherwise known as “shadow flipping,” sharing information on the homeowner grant with federal tax officials and setting up a federal-provincial task force on tax fraud and money laundering.


THINKING OF SELLING?
Send us your property's address and we'll share our thoughts. 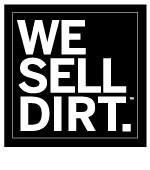