Extensive, expensive – and mandatory – environmental studies for real estate development can be arbitrarily overruled by city planners, leading to delays and reductions for private landowners

Virtually every real estate development in British Columbia now requires an investigation by qualified environmental professionals (QEPs) to qualify the project for an environmental development permit before construction can proceed. The permit ensures that the dirt is free of contaminants and that the development will not negatively interfere with watercourses, wildlife and a myriad of other environmental issues.

But, according to developers and QEPs – which includes applied scientists or technologists, such as registered professional biologists, agrologists, foresters, geoscientists or engineers, who provide services within their registered area of expertise – the extensive and expensive studies are often being overruled by city planners who have their own interpretation of the regulations.

This is frustrating but also understandable, said biologist Harm Gross, a QEP and president of Next Environmental Inc. of Burnaby, who has been conducting environmental studies for years.

Gross notes that B.C.’s Contaminated Sites Regulation now covers 20,000 pages in scores of volumes, and there are 38 other bits of provincial and federal legislation that relate to wetland conservation, including the Agricultural Land Commission Act, the Transportation Act and the federal Fisheries Act. The federal government’s No Net Loss Policy can also apply to the protection of certain fish, migratory birds and federally listed species at risk.

“It’s easy to see that there is a lot of legalese to draw on when a municipal authority argues the QEP is wrong,” Gross said.

The issue is even more complicated today due to the complexity and scale of mixed-use development, much of which is being done from brownfield sites that require rezoning, such as from industrial to residential.

The issue has become so contentious that the Urban Development Institute (UDI) emailed its developer members in April asking if they had been affected. A UDI staffer, who asked not to be named, said they had received a substantial response.

Many developers with complaints about what they perceive as arbitrary decisions at city hall refuse to go on record. “I have a permit application in process and I don’t want it to go to the bottom of the list,” explained one South Surrey residential developer.

Some, also speaking with assurance of anonymity, complained that drainage ditches were being judged as pristine salmon-bearing streams by overzealous planners. This can lead to setbacks of up to 30 metres on each side of the watercourse, which can dramatically reduce the amount of land that can be developed.

Surrey, which is in the process of setting up zoning and density development for the proposed SkyTrain extension corridor along the Fraser Highway towards Langley, is aware of the conflicts.

She acknowledged that the strict enforcement of setbacks for water and other environmental conditions may cause issues for landowners and developers, limiting the amount they can build, or impact their financing.

“Absolutely. But as developers are negotiating the purchases of these properties, that’s something that they should be taking into consideration,” she said. “Where it gets muddied is if we’re not clear what the environmental setbacks needs to be, and I think Surrey now is doing a pretty good job of that.”

On April 30 the City of Surrey announced it was exploring ways to help large-scale real estate developments in the city, including “expediting the review and processing of environmental development and erosion sediment control permits.”

Joe Varing, a Fraser Valley real estate agent who specializes in land sales, voiced some sympathy for city planners. He noted that strict environmental measures in Metro Vancouver have helped lead “to some of the best real estate developments in the country.”

“They are just doing their job,” the president of Varing Marketing Group said. “It is just part of the process that we all have to work with.” 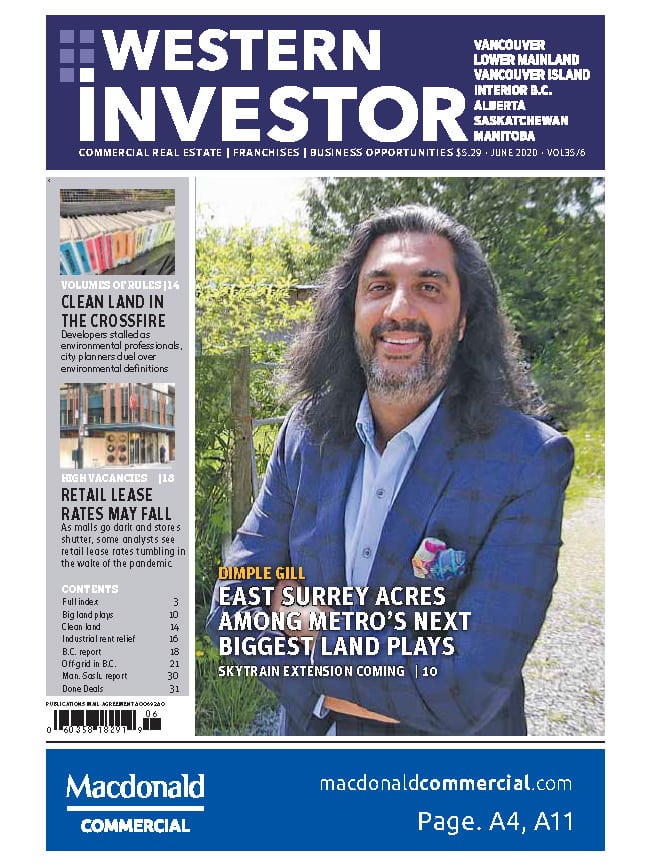