IN THE NEWS: WESTERN INVESTOR BC

British Columbia’s Fraser Valley is in the midst of a land rush that has driven prices up three-fold in the last two years and helped make land the dominant real estate investment in the Lower Mainland.

Yet, with land sales averaging nearly $500 million a month so far this year, any talk of a downturn appears misplaced, especially in the Fraser Valley. 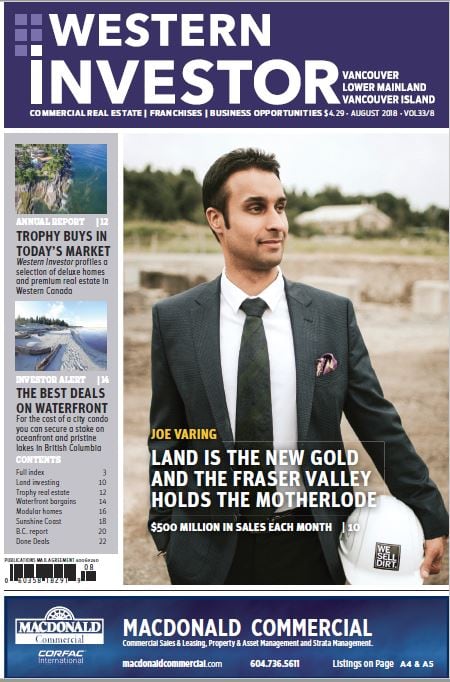