For our 2018 Varing Magazine, we met with mayor of Township of Langley, Jack Froese, to hear his opinions on the process and outcome of the Brookswood/Fernridge plan update.

During his two terms in office, Mayor Froese has demonstrated an unfailing ability to champion the interests of the community, offer support and a voice to the people of Langley Township, and pursue action on their behalf. It has not always been an easy, smooth, or popular road, but part of being Mayor is looking beyond today, seeing 30 to 50 years from now, and establishing a plan that lays a foundation for the future. And that is precisely what Mayor Froese has done.

Being mayor is mainly about people, bylaws, and policy--with a heavy focus on people. People drive change, demand answers, and want to hear from local government, and Mayor Froese believes the most important part of his job is hearing from the community:

"People have questions about policy and what is going on in their community, as well as concerns when projects and other plans don’t go through, and the role of Mayor is all about responding and answering their questions. It’s about sitting down and meeting with them, and really listening and doing your best to facilitate their needs."

In addition to dealing with local government, Mayor Froese is also involved in regional issues, and often has to look at the bigger picture and think about more than just what is best for the Township:
“As Mayor, you have to think what’s best for the region, and by doing so, something good will happen for Langley Township in return. If every city is only thinking about what is best for them, nothing will be accomplished. I’m an advocate for the Township of Langley, but I have to work with everyone. We all have the same needs, and we have to build the infrastructure together.”

City planning takes time. Development takes time. Building the infrastructure to accommodate a growing population takes time. And all three require regional support, not to mention the support of Council and the people of Langley Township. The process is long and challenging, and Mayor Froese has been advocating for an updated community plan for the Brookswood-Fernridge area of the Township of Langley for several years.

Despite several failed attempts and a series of workshops, open houses, public hearings, and amendments, the updated Brookswood-Fernridge Community Plan was passed on October 23rd, 2017, and the result was mixed emotions and a surge of public of interest. While there are still concerns regarding the development of Brookswood, Mayor Froese has done his best to reach people, involve them in the community plan, and make them feel heard. After the 2014 plan was shot down, the Mayor zeroed in on public engagement.

“We kept asking ourselves what we did wrong. And then at one of the public hearings, I had several people come up to me and tell me that this was the first time they had heard of the proposal. That they had received a yellow postcard in the mail and that was it. It made me think-- couldn’t we have a plan to reach people better? It’s not that staff did a poor job in public engagement, they did a great job, but times have changed, and we needed to change too.”

Before the current Brookswood-Fernwood Community Plan was developed, Mayor Froese implemented a public engagement initiative and formed a task force to inform the community better. When asked about the details of the initiative, Mayor Froese reflects on the process and says “we hired a consultant and went through a nine month development strategy with the committee, reaching out to the public and even holding public engagement open houses for public engagement.” The result was something entirely new for the Township of Langley, and the task force helped create a strategy to help improve public engagement events for the newly adopted community plan and all future planning processes.

The road leading to the Brookswood-Fernridge Community Plan has been a long one for Mayor Froese, and for the people of the Township of Langley, but public engagement initiatives have ushered in a new way of doing things and changed government for the better. The community is now more involved than ever, and Mayor Froese remarks “there were maps on the floor you could walk on, there were notes where you could write what you thought on and stick it on the board. There were different ways for people to communicate what they wanted because, as you know we all communicate differently.”

Now that the community plan has been approved, a lot of landowners living in future development zones have questions about their future and are looking for answers. The key, Mayor Froese believes, is asking questions and education. “Landowners need to understand what they have, where they are, and know what environmental factors, like a stream running through their property, are present.” Furthermore, the Mayor stresses how important it is for property owners to know what their rights are. For interested parties, there are several sources available, such as GeoSource and the Township of Langley website, as well as consultants who can tell people the value of their property, whether or not they end up selling. Mayor Froese highly recommends working with a consultant, as they can “weave through the layers of policy that aren’t that easy to find and can tell you exactly what you have.”

The Brookswood-Fernridge Community Plan is an update Mayor Froese inherited but grew to believe in passionately. The people of the Township of Langley are asking for more amenities, shorter emergency room wait times, and more schools, but local government can’t make these changes alone. To build this kind of infrastructure, the Mayor, his regional partners, and the provincial government have to work together, and that all starts with a plan. Throughout this entire process, the Mayor has been guided by a twist on a famous JFK quote: “Think not of what your community can do for you, but what you can do for your community.”

VIEW THIS ARTICLE ALONG WITH OTHER UPDATES FROM INDUSTRY PROFESSIONALS IN OUR MAGAZINE: 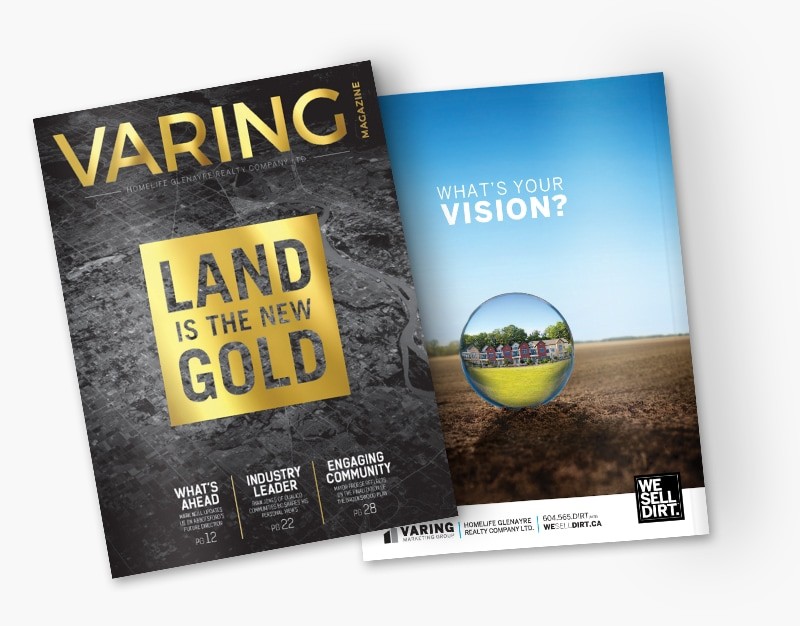