PSYCHOLOGY OF INVESTING IN  REAL ESTATE
BY VARING MARKETING GROUP

IN THE NEWS: SURREY BOARD OF TRADE

Psychology of investing in Real estate

As an asset class, real estate has several unique characteristics that make it a complicated and imperfect market. Unlike the Stock or Bond market, real estate does not have a centralized marketplace for transactions and prices are highly fluid, creating asymmetry between market participants. Each property, whether commercial or residential, is valued individually and will vary between different buyers and sellers. Real estate assets are known to be highly illiquid as transactions take time and are costly, further adding variance to valuations. These are just some of the reasons that make real estate an imperfect market and allow for the formation of biases. This is particularly true in the residential real estate market as many buyers are less sophisticated and, due to the nature of finding a home, emotion and psychology play a more integral role.

Risk appetite and perception vary greatly amongst participants in a real estate deal. Due to the lack of a centralized marketplace, risk in real estate cannot be simplified to a measurable concept such as standard deviation. We know investments with greater risk demand higher expected returns, yet the framing effect can hinder our ability to stay true to this notion. When risk and return are not expressly framed together, people who claim to understand the risk/return principle still miss it. Individuals often end up taking on more risk after past earnings, implying some overconfidence as we are prone to attributing successes to our skills but failures to bad luck or external variables. This phenomenon underpins rational decision-making and risk analysis.

When making investment decisions, one should not consider past costs that are no longer recoverable. Yet, most people have a hard time ignoring sunk costs. Take the following example:

you buy a ticket for a hockey game but on the day of the game, you are feeling ill. Will you still go? Many people will encompass the mindset “I already paid for it” and go. However, from a utility maximization approach, not going will yield higher utility as the ticket is a sunk cost. A similar process can be applied to real estate. There is a greater tendency to continue an endeavour once an investment in money and time has been made. It is similar to pouring good money after bad. Investment decisions should be made based on future expected returns as of now, not based on previous unrecoverable costs.

As such, investors tend to sell winners too soon and hold onto losers for too long. This behavior is partly driven due to pride and avoiding regrets. Unrealized losses don’t hurt as much while unrealized gains don’t feel as good as realized ones. When an investment drops in value, many people hold onto it with the false belief that prices may recover. Making investors less cognitive to market indicators. Not only does this behavior increase potential losses and limit opportunities for further gains, but it is also harmed by taxes on gains and not fully taking advantage of tax reduction through losses. One of the reasons behind this effect is the cognitive dissonance caused by thinking we made a bad decision.

Cognitive dissonance is defined as the mental conflict or discomfort that arises from two conflicting beliefs, values, or attitudes. When any of the mentioned don’t align, people often resort to some level of re-framing the events or reality to better match their beliefs. Take the following example in real estate: you purchase a piece of land with the expectation of up zoning by this time next year, but now it is one year later and the zoning has not changed. This reality conflicts with your initial belief, leading to cognitive dissonance. One may re-frame their thoughts and focus on not buying a neighboring lot that got down-zoned or attributing the event of not being up-zoned to a change in city council. While readjusting the success of past events may reduce psychological discomfort, it distorts reality and decision making.

Cognitive dissonance and regret are lowered when the outcome can be attributed less to one’s own skill and decision making. The COVID-19 pandemic is considered to be a fairly unexpected event. Therefore, when investment markets crashed, there was less cognitive dissonance. This effect is also seen for investments that are managed by others such as a mutual fund with an active fund manager. Losses can be blamed upon the manager, resulting in reduced cognitive dissonance.

Once someone owns multiple assets, whether that be stocks, bonds, or real estate, decisions should be made at a portfolio level. Investors should be more concerned with portfolio returns and risks, yet people tend to think of investments in isolation and not together. Mental accounting leads investors to consider each investment as completely separate from their other investments, failing to consider how the various investments interact with one another and any correlations. When considering whether to buy or sell a property, one should take into account the other properties to make adequate portfolio allocations. One strategy to reduce risk can be holding assets that are negatively correlated to offer diversification benefits. 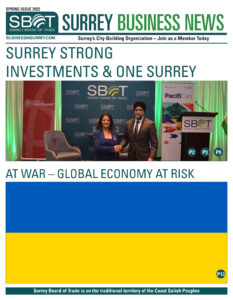