Metro Vancouver's regional government has narrowly approved the City of Surrey's plan to turn rural lands into an industrial park. The decision comes despite objections from the Semiahmoo First Nation and environmentalists. After more than three hours of debate, directors voted 69-65 in favor of rezoning 600 acres of land for industrial development.

The debate took place over a series of Metro Vancouver meetings the past few months, with a number of different regional issues informing the discussion.

From following the live voting, the major concern for halting the plans earlier and current objections was the consideration towards the water streams, especially the salmon bearing little campbell river. It's predicted that it will lead to pollution and increase in water run-off. 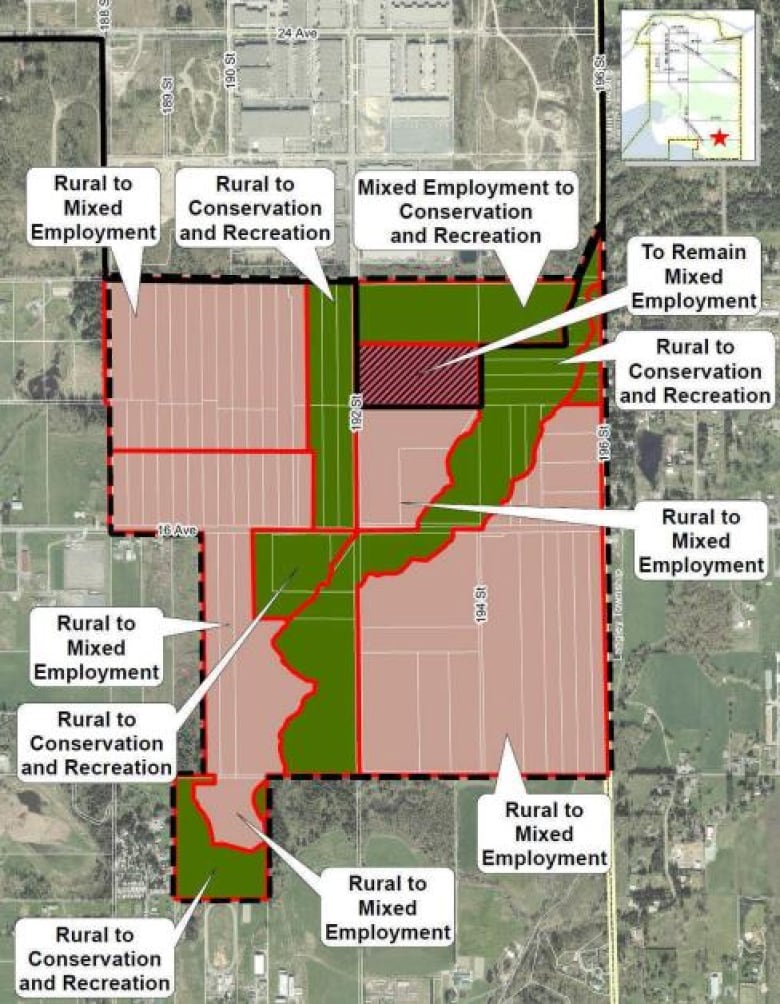 The areas of the Campbell Heights land-use plan that will change with Metro Vancouver's approval, as shown on a map. (Courtesy Metro Vancouver)  Source: CBC News